Who owns my land? Heritage as a shared resource 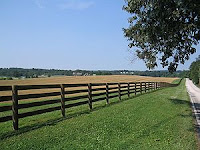 Since many people recoil in indignation that anyone can dare to tell them what to do on their private land, I thought it might be interesting to examine what "land" actually is. Leaving aside the niceties of legal semantics, I'll have a brief look at the issue from a broader perspective.

For those who detest the very concept of communism, it may come as a nasty shock that a tiny element of it (common property) has already been almost universally accepted for a very long time. In Britain and most other countries under common law, land is regarded as a shared resource and, in the strict literal sense, there is seldom any such thing as a fully private landowner. Almost all land in the country - every square millimetre of it, no matter if built upon or empty - is ultimately owned by the government (aka the 'Crown' in Britain). With few exceptions, no other entity - no matter how rich or how poor - can truly own land in an absolute sense (unconditionally allodial). A clue to the true status of land lies in terms such as 'freehold' or 'leasehold'; in other words, we hold the land rather than actually own it.

If you really think that no one has a superior claim on your land than you, try telling that to the government when they want to build a road through it.

Generally, when we think we own land, what we actually own is an "estate in land", i.e. not the land itself but the right to use it. Moreover, even that right is subject to overriding powers (such as taxation, compulsory purchase, police power and escheat). There are also likely to be certain restrictions: not only on such things as form of usage (agricultural, residential, etc.), mineral rights and water rights but on whatever structures are built on the land. New buildings typically require planning permission and, in countries such as Britain, old buildings may be protected by 'listed' status. In other words, no matter who currently owns the old building, it is regarded as part of the shared heritage of the entire country.

Thus, it should really come as no surprise that since the government owns the actual land, they may also lay claim to whatever lies buried beneath it. While some landowners (in the popular sense) may have contracted certain underground mineral or water rights and so on, in many countries with a rich archaeological heritage such rights seldom extend to buried archaeological remains. Much like listed old buildings, the remains are regarded as part of the shared heritage of the entire country.

Any individual who assumes that anything found buried on their land automatically belongs to them, and bristles at the notion that the government should have any right to intervene, would do well to ponder what "their land" actually means. Assumptions can be very misleading.