The problem with binary terminology 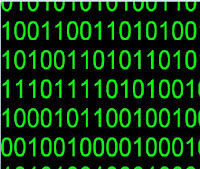 Dr Donna Yates has called attention on her blog (Anonymous Swiss Collector, 18 February 2016) to an event to be held on 1 March in New York: "Rethinking Antiquities: Restitution and Collecting in the Time of ISIS". She comments: "This should be an interesting event, clearly promoting an alternate view to the one that you’d usually see on this list: some pro-collecting, anti-regulation, anti-repatriation ideas."

I'm sure Dr Yates used those three terms (collecting, regulation, repatriation) merely as shorthand and is well aware of their shortcomings but, for the sake of argument and with apologies to Dr Yates, I'll examine them at face value.

Confused? The problem lies in a temptation to dumb-down a complex issue into a series of only two diametrically opposed attitudes, an attempt to reduce reality into binary thought. The process is akin to saying something is either 'hot' or 'cold' while ignoring the countless gradations of 'warm', 'cool', 'tepid' and so on in between.

Applying binary thought may work nicely at football matches or other fantasy conflicts. I hope Dr Yates would readily agree that it doesn't always work quite so well when applied to real life; it typically forces a false dichotomy. Simply put: in reality all three terms (collecting, regulation, repatriation) are far too broad to either support or oppose unconditionally.

My own reaction to those terms all depends on factors and parameters such as how those terms are defined, how they are qualified, how they are implemented and, very often, the circumstances of different cases and situations. Much of the danger in debates between those fighting for heritage conservation and those fighting to preserve a trade in artefacts lies in polarisation, a tendency to misunderstand, stereotype and sometimes demonise those holding a divergent viewpoint. At its most extreme, a debate can become a myopic impasse of binary thought - with no allowance for nuances and moderation.

I thoroughly agree with Dr Yates that this event should prove to be interesting. And I see it as an opportunity to openly consider and accommodate views from various perspectives - without any baggage of preconceptions and stereotyping. I wish I could attend.


The world isn't rendered in black and white
Other shades lie between
Don't view the world with binary eyes
We are human, not machine

Are US Customs officials issued with crystal balls?

The Senate Foreign Relations Committee in the United States has passed a bill (HR 1493) that is designed to "protect and preserve international cultural property at risk due to political instability, armed conflict, or natural or other disasters, and for other purposes". The bill is largely in response to UN resolution 2199 (2015) which seeks to prevent trade in archaeological and historical artefacts removed from Iraq since 6 August 1990 and from Syria since 15 March 2011, thus providing a disincentive to loot in those countries.

I note that Peter Tompa, lobbyist for the American coin trade, has posed an apparent conundrum on his blog:


"The major remaining concern deals with how such restrictions will be implemented.  Will the State Department and US Customs revert to standard operating procedure and restrict items solely based on them being of a type manufactured in Syria hundreds or thousands of years ago? Or will the governing UN Resolution and statutory intent be honored so that restrictions only apply to artifacts illegally removed from Syria after the start of its civil war?"

Or, despite his earlier reluctance to acknowledge the obvious solution regarding restrictions on Egyptian antiquities, will he finally be urging his trade clients to recognise common sense this time and ensure that they only import and deal in Syrian antiquities with at least some kind of documentation to show the items were out of Syria long before March 2011? (It is wise to bear in mind that the old principle of "innocent until proven guilty" is not implemented in civil cases in quite the same way as it is in criminal ones.)

Royal advisers and government officials may still possess all sorts of powers but I think even Peter Tompa will have to accept that their powers of divination have been severely curtailed since the days of Merlin.