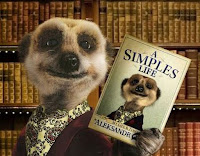 Dave Welsh, an American coin dealer and member of the ACCG, remarks that 'decontextualisation' is "an obviously coined word that, along with many other coined words which are employed in a sort of archaeocentric doublespeak, has repeatedly been uttered ..." and suspects the whole subterfuge is all part of some sinister Marxist plot hatched by evil commies. (Before 21st-century readers pinch themselves to check what era we are in, I think it only fair to suppose that his part of California may be trapped in some sort of 1950s McCarthyesque time-warp beyond his control.) At any rate, his blog post ("Decontextualization", Ancient Coins, 4 March 2016) is a response to Paul Barford's response to a blog post by another ACCG member.

Yeah, these little reciprocal blog posts can go back and forth like farmhands slinging pats in a cowshed sometimes. But, never one to be discouraged, I thought it might be worthwhile to add a few pats ... er, words ... of my own. I'll address them to Dave Welsh ...

No, Dave. No matter how you want to spin it, conservation of archaeological resources has nothing whatsoever to do with Marxism nor even solely with decontextualisation. ('Decontextualisation' - yes, it is a proper word - mainly concerns only the divorced objects themselves; the notion of conservation involves preserving entire sites, where those objects come from, so the totality of evidence can provide a means of interpreting history.) Conservation is just a matter of having respect for the rest of society. Most people don't collect ancient coins but most people do have at least a basic interest in history.

A genuine provenance is a guarantee that an item was not recently looted. Every time you deal in an ancient coin with no regard for where it came from, you are encouraging others to do likewise and encouraging looters to continue destroying the evidence on which history is built in order to supply more of them. That continues in a never-ending cycle until every undisturbed site has gone. It really is that simple!

If Dave Welsh seriously wants to protect the future of ancient coin collecting as a socially-acceptable hobby, I suggest he opposes those who would ban it altogether with sound arguments and rational compromise rather than expose the trade to ridicule by consistently flying in the face of common sense. As it stands, he is in danger of being one of the coin trade's own worst enemies.

Note: For those outside the UK, I should clarify that the image refers to an old British TV ad in which a rather bright meerkat exclaims "Simples!" (he has a theatrical Russian accent) after he explains an obvious truth.

Ah, no... "not so simple" says Dave Welsh. You are wrong, he suggests ("Decontextualization: The Warsaw Connection" Ancient Coins Tuesday, March 08, 2016) http://classicalcoins.blogspot.com/2016/03/decontextualization-warsaw-connection.html Can you bear the shame?

I note though that he did not have the courage to come over here and tell you that to your face and discuss it like a normal "professional numismatist" would be expected to do. You see, "nobody with any credentials" (in selling and collecting dugup coins) would go along with any of that "detestable" nonsense about documentation and export licences.

Sadly, I see he declines to accept the core points that underpinned my post:
a) That thoughtless collecting poses a threat to archaeological resources;
b) That the information gained from those resources matters to far more people than the comparatively few who collect ancient coins;
c) That therefore many people are simply asking the comparatively few who collect ancient coins to be careful where their acquisitions come from.

Those points seem incredibly obvious to me - and I suspect to quite a large number of coin collectors too - but a loud refusal to acknowledge the truth of those points by certain coin dealers, and their feeble attempts to discredit them, places the future of ancient coin collecting as a socially-acceptable hobby in jeopardy.

I also find it somewhat humorous that he chides me for sharing some views with you and Nathan Elkins while the prime lobbyist for his ACCG association not only happily welcomes the regular approval of notorious archaeology-hating extremists in the metal detecting world but links to their blog.