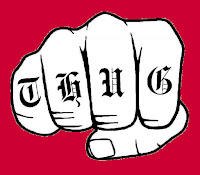 You probably know the type. Here in the UK, some of us occasionally have the misfortune to come across them in the pub. If they sense you are new to the pub and see you are alone, the type - usually a somewhat ageing gent dressed as if the 21st century had never arrived and whiffing vaguely of an aftershave that must have been banned as a health hazard since the 1970s - will sidle next to you and perhaps even offer to buy you a drink. You feel slightly irked by the sympathetic look flashed to you by the bartender as he hands you the drink - after all, the elderly gent seems quite scholarly and benign - until the horrifying truth dawns during the eternity as you sip it. The bartender knows the regular clientele only too well. You've been cornered by the type - a species which in less politically correct times might have been uncharitably referred to as a 'windbag'.

Torn between a compunction to remain polite and an urgent need to find any excuse to leave the pub - at some points, even the planet - you listen as the type endlessly drones on in excruciating detail about his homespun theories on Dubonnic coinage, you try to look suitably impressed while he repeatedly drops the names of the myriad obscure scholars he once met into his monologue, and you hover on the brink of extinction while he tops it off with random snippets of half-grasped Jungian philosophy.

"Gosh," you exclaim politely, while eyeing the tempting distance between the bartender's fruit-knife and your wrists.

"I know more about the coins of the Celtic Coriosolite coins than anyone else in the world," the type responds modestly (Moneta-L, 30/7/08). He then proudly goes on to add that he collects them and that although he has never had any formal training in archaeology, he knows far more about it than people who have. And those archaeologists or anyone else who disagree with him are just suffering from 'enantiodromia' (turns out he's rather fond of big words, especially those used by Jung, and, you suspect, even more especially those he feels will showcase his unrivalled erudition and overawe you).

For instance, despite the overwhelming view of most archaeologists, only he and his inner circle know that in fact "there is no such thing as an archaeological record" (Past Times, 8/12/14).

"Really?" you rashly dare to question, caught off-guard while preoccupied with checking you still have a pulse. "I thought the archaeological record was very important and that one of the reasons museums and antiquity collectors should avoid buying items without a provenance was that it would encourage looters to destroy the record to supply them."

At this point, a bemused smile plays over the type's face as he regards you with a look between contempt and pity. You are not, after all, even remotely in his league of superior knowledge and intellect. "I see nothing wrong with buying an unprovenanced item if it can tell us things apart from that detail," he patiently explains with an air of pained condescension (AncientArtifacts, 8/8/10).

Inwardly, you wonder if trashed archaeological sites are really just a "detail" and if the historians looking at bulldozed Roman remains in places like Bulgaria would see things in quite the same way as the mental giant facing you. But you sense that any attempt at rational discussion would be a mind-numbing exercise in futility. You wisely say nothing, you gulp down the rest of your drink and, muttering that you just remembered your house is on fire, you make a frantic dash for the door.

By now, I dare say readers may have sussed that my light-hearted portrayal of this fictional 'type' is loosely based on a real person and the quotations are his - though in real life the venues are online forums and a blog rather than a pub (I hope he wouldn't really corner an unwilling listener in the latter and, for that matter, I really know nothing about his fashion sense or aftershave). I've mentioned him anonymously before - and in case he fails to see the funny side in being the inspiration for a fictional character, I'll respect his feelings and keep it that way. I'll just refer to him as 'Anon FSA'.

While Anon FSA himself simply dismisses any views that diverge from his own as the drivel of a mere mortal - a "moron" as he once described me - and likes to depict those differing views as paltry "squabbles", there are others who rush to grab their (hopefully metaphorical) baseball bats - and this is where it gets serious.

His pseudo-academic ramblings have deeply impressed some more extremist members of the metal detecting community and they have eagerly seized on his cavalier attitude to genuine archaeology as if his assertions were authentic scholarship and gave them carte blanche. One in particular, John Howland (I've mentioned him once or twice too), has aligned himself like some kind of Billy Bunter crony.

If anyone has the audacity to actually challenge Anon FSA's pronouncements instead of making a "frantic dash for the door" (as in the fictional scenario above), Howland will use every means he can think of to silence them. Apparently frustrated by an inability to form cogent thoughts or express himself in reasoned discussion, he resorts instead to playground bully tactics and engages in puerile name-calling and veiled threats. The latter consists of feverishly tracking down any personal details about the individual he can find - photograph, address, telephone number - and publishing them as widely as possible. It's clearly designed as a form of intimidation - pretty much the equivalent of a thug's "we know where you live, mate".

Since some scholars have been on the receiving end of this form of intimidation and are rightly concerned about the safety of both themselves and their family (one has received death threats over the telephone), the tactic is particularly vile and correctly condemned.

The blame for this incitement to thuggery lies not only with Howland but equally with those who allow him to publish his venom on their blogs. After seeing that Anon FSA had happily allowed two of Howland's poison intimidations as comments on his own blog and clearly supported them, I sent him the following comment on Thursday, 5 November ...

J***, while our views on archaeology and other things may differ, I had always respected you as a man of honour and integrity. I am now utterly shocked.

While I have criticised the views of other people on my own blog, sometimes even with a degree of sarcasm, I would NEVER and have NEVER debased my criticism to such a personal 'ad hominem' level that I would even DREAM of publishing (or allowing commenters to publish) any details of their private lives - including addresses, telephone numbers, insurance numbers and so on. Such tactics are a form of gutter-level intimidation and play absolutely no part in any scholarly debate.

I expect such tactics from your commenter; I do not expect you to permit or condone them. Blogspot allows the owner of the blog to vet comments before they are published or to retroactively remove them.

In the meantime, I remain appalled. As a Fellow of the Society of Antiquaries, I would hope that you of all people would understand the standards of academic discussion and also appreciate the risk of bringing the Society you have the honour of belonging to into disrepute. Please restore my respect.


So far, almost a week later, Anon FSA has not published my comment but those of Howland remain. I still remain appalled.