And what's wrong with that? 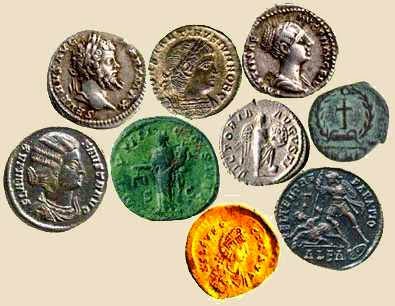 Peter Tompa, a lawyer lobbying on behalf of American coin dealers, enthuses over the coin collection of Eric Newman, an elderly authority in the hobby. Apparently lamenting the old carefree days when coin collectors were largely unaware of the damage their hobby may encourage, Tompa ends with the wistful cry: "And what's wrong with that?"

Absolutely nothing wrong - coin collecting is a great hobby - so long as the collector of today can ensure that the coins he collects are not encouraging the ongoing mass destruction of archaeological evidence to provide them. I hope no sane collector would want to "gain learning about the past and appreciations of other cultures" by contributing to the obliteration of the evidence of those past cultures at the same time. A modern collector will be well aware that the destruction has increased exponentially since Newman's heyday and, spurred by his keen interest in history and his regard for the rest of society, a responsible modern collector will ensure his actions are not adding to the carnage of that fragile and finite resource.

Since Peter Tompa is a modern collector himself, I look forward to reading about his own method of ensuring that his acquisitions have not derived from recent devastation. And since he is also a lobbyist for the coin trade, no doubt he will be exhorting the dealers he represents to adopt a similar thoughtful approach - scrupulously examining the sources of their stock and keeping meticulous records of every item (perhaps along the lines of a publicly accessible registry to date-stamp them) so that other collectors can avoid buying fresh loot too.

After all, progress is not all bad. Modern technology has abetted looting but it has also increased our awareness of its appalling result. We can no longer claim the excuse of living in an isolated bubble; global information is now instantly at our fingertips. Any caring modern collector or dealer will be far more aware of the desperate need to conserve what remains of our archaeological heritage than people were a few decades ago. They can still experience the joys of collecting but they now know the dangers of their hobby and can aim to avoid them. And what's wrong with that?

David, collectors are best served by only purchasing from reputable dealers who will stand by their product so to speak. I've already outlined my views on these issues here: http://culturalpropertyobserver.blogspot.com/2011/09/ancient-coins-and-cultural-property.html

As for the idea of a registry, I think its unrealistic given the sheer number of coins out there.

A better start would be for source countries and archaeologists to create registries of items in their own inventories so they can be tracked if stolen.

As I've noted, the Egyptians have been resistant to this despite the offer to have it paid for by the US taxpayer. Why?

Thanks for giving the link to your views, Peter. I largely agree with your point that "Collectors should be encouraged to only purchase coins from reputable sources and ensure that they retain the history of their coins with the coins themselves so it does not get lost" but there is a problem. The word "reputable" when applied to coin dealers all too often means only that the dealer can guarantee the authenticity of their stock. No matter how "reputable" the dealer may be, a huge proportion of them do not reveal the history of their stock (or even know it beyond the previous owner) and therefore a collector buying from them cannot be sure if the item was recently looted or not.

Also, a US dealer buying stock from, say, a Dutch coin fair may well "comply with the laws of each country in which they do business" but he cannot know if he is complying with the laws of the country where the coins originally came from - and, again, neither he nor a collector buying from him can be sure if the item was recently looted or not.

It's all a bit shallow - almost like a disingenuous attempt to give the impression that collectors and dealers are doing "the right thing" while in fact it offers no real deterrent to looting whatsoever.

"As for the idea of a registry, I think its unrealistic given the sheer number of coins out there."

As for the idea of a registry, although perhaps inconvenient, I think it's an extremely realistic option given the sheer volume of looting out there and the precariously ephemeral nature of keeping "the history of their coins with the coins themselves". Online data storage is pretty cheap these days.

"A better start would be for source countries and archaeologists to create registries of items in their own inventories so they can be tracked if stolen."

While that might protect the relatively few items stolen from museums and storerooms, the vast majority of artefacts are pillaged directly from sites and smuggled out of the country before any professional has had a chance to see them, let alone register them. Nice attempt to pass the buck, Peter, but it won't really fly will it?

Isn't creation of a register of items in private possession one of the postulates of the so-called Pearlstein "White Paper"? I wonder why Mr Tompa, giving the latter and discussion of it a couple of plugs on his blog did not express the opinion that it was "impractical"?

I too get the impression that as far as measures to prevent looted material being bought and sold on the US market, as far as dealers are concerned, its business as usual, but all about making a good impression (rather than actually making a real dent in the illicit trade).